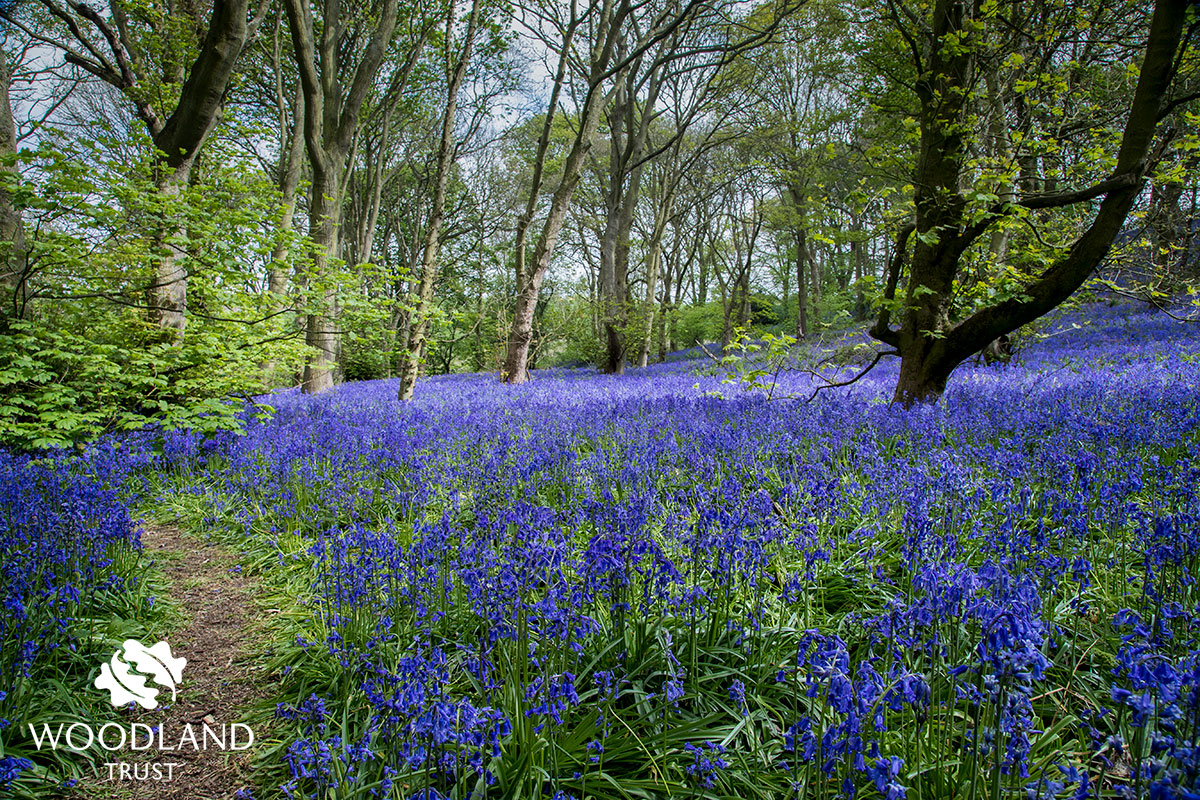 The number of ancient woods under threat in the UK from built development has topped the thousand mark for the first time since records began.

Figures released today by the Woodland Trust show it is aware of 1,064 ancient woodlands at risk of damage or destruction – the highest number since it started compiling the data in 1999. But this may just be the tip of the iceberg as there may well be others it has not been notified of.

Of these cases 801 are live planning applications while the remaining 263 are included in various council site allocation plans – areas outlined for future development such as housing, business use or leisure facilities.

Site allocations are the main nature of threat, followed by housing (175), utilities (148), railways (112), roads (91), agriculture (78) and leisure or sport (49). The biggest single development project threatening ancient woods is HS2. At least 108 ancient woodlands will be lost or damaged by the project in its current form.

As well as development, our ancient woodlands are facing threats like deposition of nitrogen from poultry farms near ancient woods and there’s an alarming growth in threats of tree disease from imported plants and wood.

The charity is calling on the new Government to ensure protection for our irreplaceable ancient woods and trees is a high priority.

“We are in the grip of both a nature and a climate emergency. Recently political parties have made bold promises about tree planting. This is welcome, but the first step in helping trees to combat climate change and helping our threatened nature is to protect the valuable trees and woods we already have.

“These new figures make for depressing reading. What’s even more depressing is these are only the cases we know about. There could be many more woods under threat.

“We need real protection for irreplaceable ancient wooded habitats and trees, and legislation, policies and resources that are fit to address the challenges we face from tree diseases. Prevention is far cheaper than a cure, with the total cost of ash dieback to the UK estimated to be £15 billion.

“Ancient woodland is one of our most precious natural habitats. These complex ecosystems have evolved over centuries and are home to thousands of species, many of which rely on it for their survival. Losing ancient woodlands is a travesty, especially to inappropriate developments that could go elsewhere.”

The Trust puts the reason for the increase in numbers of woods under threat down to a number of factors.

A growing number of road and rail infrastructure projects such as HS2, the Lower Thames Crossng, the A27 Arundel Bypass and the East West Rail link;

Last month the charity wrote letters of objection for 46 different planning applications where ancient woodland was at risk of damage or destruction across the UK. The Woodland Trust is not a statutory consultee on cases where ancient woodland is threatened and relies on specially-trained volunteers who scour weekly planning lists for potential cases, as well as on information shared by members of the public.

Current ancient woods under threat from development include:

The Trust has recorded 800 ancient woods that have suffered loss or damage from development since 1999. This does not mean the whole wood has been felled. In some cases it may be that smaller parts were destroyed, or it may mean development has encroached so close to the wood as to put it at risk of pollution, invasive species (e.g. invasive non-native garden plants spreading), or disturbance.

On a more positive note 1,101 ancient woods have been recorded as saved since 1999. These are woods which received a stay of execution after the Trust objected to a previous threat and a decision was made locally to save them.  This does not mean the same woods could not come under threat again in the future.

What are the Woodland Trust doing

It’s why the Trust is seeking to increase its number of volunteer threat detectors who can keep abreast of planning applications for any that impact ancient woodland. Once they alert the Trust to an application that threatens ancient woodland it is able to gather evidence and formulate effective responses.

The charity currently has around 60 active threat detectors across the UK from a range of backgrounds. They include people in their 20s looking for experience to add to a CV, stay-at-home parents and over 50s wanting to give something back.

Being a threat detector is a home-based volunteering role that does not require site visits. Training and support is provided but knowledge of planning applications, map reading and the ability to carry out research is advantageous.

Members of the public are encouraged to report threats to ancient woodland on the Trust website.